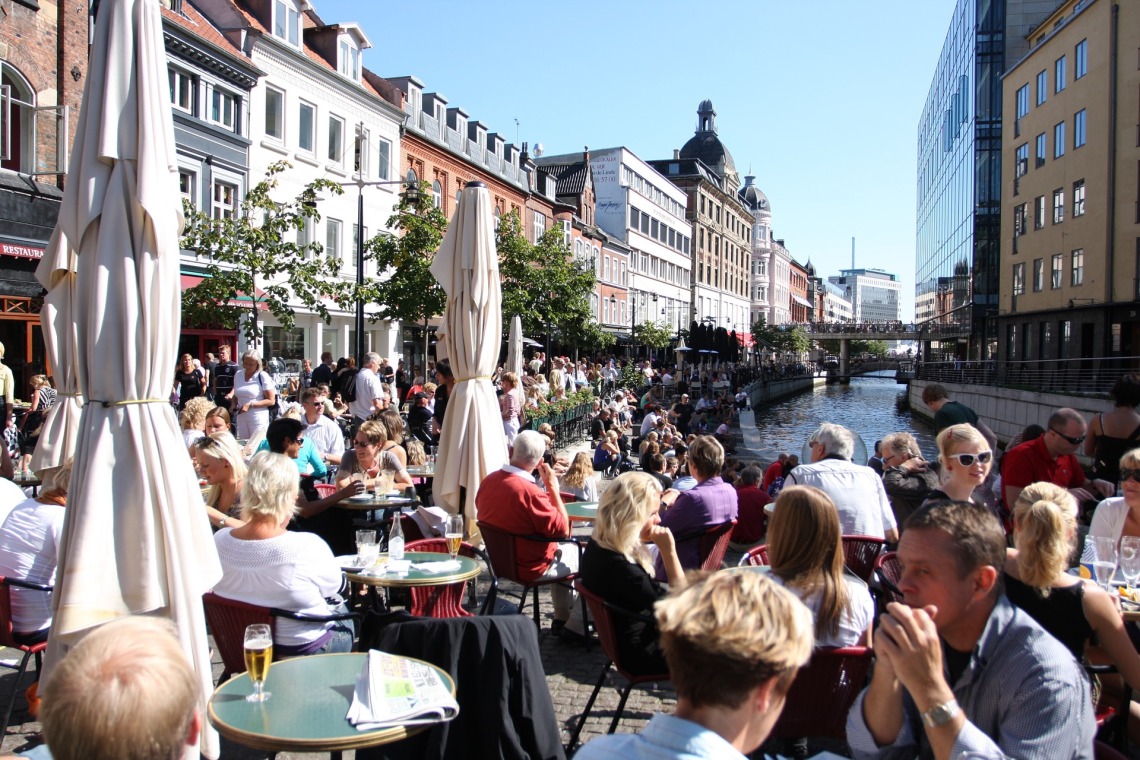 In 2017, Aarhus, the second largest city in Denmark, was named European cultural capital. The title is awarded to two European cities each year and is usually accompanied by a host of cultural and commercial activities as well as a boost in tourism. On this occasion, Jaime J. Sanz Mali created a film about Aarhus as a global city for his master’s thesis project which was submitted for the MA program in International Studies at Aarhus University in November 2016.

The film was accompanied by a written product which elaborates the argument of the film and presents some of Mali’s considerations when he directed the film. The thesis’ written element can be accessed here and the movie is presented below together with a summary.

Besides his MA in International Studies from Aarhus University, Jaime J. Sanz Mali earned his bachelor’s degree in Political Science at Complutense University of Madrid. He currently lives in Aarhus.

Jaime J. Sanz Mali’s research investigation can be placed within the wider framework of the ‘global cities’ literature. By first examining the theoretical development of the ‘global city’ concept and its operationalisation into measurable features of any given city that have been developed by well known institutions such as the Global and World Cities Research Network and A.T. Kearney (with the purpose of comparing cities), Mali proposes a critical approach to the all-encompassing concept of ‘global city’ by incorporating the updated notion of ‘circuits’, proposed by Saskia Sassen, as well as suggesting that the city should be fragmented in order to look at its potential “globalised” features, which is a continuation of the notion of ‘circuits’.

The methodology that inspires his work is an interview-based qualitative approach. With this method, Mali has attempted to distance myself from the more conventional quantitative methods that have generally characterised the ‘global cities’ research (focused on the quantification of economic, policy or socio-cultural indicators) with the objective of contributing to the ‘global cities’ literature from the standpoint of the actors that play a relevant role in the workings of the city, their perceptions and their narrative. Mali has chosen, to examine the data produced, a tool known as ‘thematic analysis’, which has allowed him to identify issues and topics that appear in the interviews and that has, further, allowed him to identify and examine iteration of certain elements that appear recurrently throughout the research, as well as examine relations between given themes.

The case study that has been chosen to contrast and compare the ‘global cities’ literature empirically is the city of Aarhus, Denmark’s second largest city. The interest in this city stems, on one hand, from the fact that its relevance is growing in certain dimensions (for example, it is undergoing an important population growth; Lonely Planet has placed it as the second city most interesting to visit in Europe, in 2016; it harbours one of the most important universities in Europe, Scandinavia and, ultimately, the world, etc.). On the other hand, Aarhus will become European Capital of Culture in 2017 and this represents an important “step change” for the city in the repercussions this might have for the city in terms of tourism, business activity or, mainly, in cultural and artistic terms.

The present work is a diptych: a visual product (documentary) and the present written work that contextualises the product and produces the analysis of the data. The visual product is, in essence, descriptive, showcasing the relevant data obtained from the interviews that is then to be analysed in the present written text, which is, in spirit, explanatory. As such, while both elements form an ineffaceable dialectical unity, the visual product has been developed in such a way as to be able to outlive its specific academic requirements and be accessible to wider audiences beyond academia. The intention is for the visual product to serve those audiences inside or outside Aarhus that are interested in framing its development, as well as those that may have a general interest in approximating themselves to the theoretical field of ‘global cities’ by examining a specific case study.

This investigation will conclude with the general understanding that, while it has been confirmed by the Global and World Cities Research Network that Aarhus does not stand close to any definition of ‘global city’, certain developments happening in the city which are portrayed by the actors in the visual product can be mirrored in the global city’s literature and may point to the development of a future, growing, global city. One of the most important cases provided to justify this argument is the case of Vestas and Arla Foods which serve as relevant examples of both ‘circuits’ and ‘command centres’ of the global economy, a crucial element in the original global city theoretical framework. It is hoped that this investigation may contribute to understanding the present ‘global’ status of Aarhus by integrating some of the most important phenomena that the city is currently experiencing. In this regard, the present work attempts to go a little bit further than the studies done specifically in aspects of urbanism, sustainability or the Aarhus 2017 process, in the case of Aarhus, by integrating these in the wider ‘global cities’ framework.